Aspen’s share price collapsed on Friday by almost a third – erasing 19 billion rand from its market value in a few hours.

“It is the equivalent of the whole of Massmart [owner of Makro and Game]. Or Pioneer Foods, ”Trader Karin Richards tweeted. “Faded away.”

The pharmaceutical company that was the same size as Old Mutual (roughly R 120 billion) just a few months ago is now worth less than R 46 billion.

Here is what happened :

Aspen was started in 1997 by Stephen Saad and Gus Attridge in a converted house in Durban. They bought SA Druggists, the oldest and JSE-listed pharmaceutical company the following year. Aspen launched Africa’s first generic antiretroviral (ARV) in 2003 and by 2006 was the largest supplier of generic ARVs on the continent.

Over the past decade, it has branched out into generic drugs and embarked on a huge wave of international buying – buying the rights to sell GlaxoSmithKline drugs, including epilepsy treatments, thyroid disorders, herpes, heart failure, gout, Crohn’s disease, and antibiotics. It also bought the rights to market AstraZeneca’s anesthetics in China and dozens of other countries, and bought the rights to Nestlé’s infant formula brands in Australia, Latin America and South Africa for nearly 4 billion rand.

It now has more than 10,000 employees in 52 countries, with 25 factories, including large facilities in Durban, East London and Port Elizabeth. It sells drugs and other products, including the popular Clear Eyes eye drops, in more than 150 countries.

In South Africa, one in five scripts issued by local pharmacists is for an Aspen product. In Australia, it is one of the five largest pharmaceutical groups, and in the world, it is a major supplier of anesthetic and thrombosis treatments.

But to finance this huge global expansion, he took on massive debt.

Last week, the company confirmed that its total debt burden now stands at Rand 53.5 billion, which is higher than its market value.

And the problem is, most of the debt is denominated in “hard” currencies like the euro – while the bulk of its sales are in emerging markets, which typically have weak and volatile currencies.

Aspen is a clear illustration of why we should be wary of any highly leveraged stock. Even leverage levels that are currently considered acceptable must be viewed in the context of a potential sales slowdown, negative operating leverage and higher interest rates.

Delay in the “silver bullet” agreement

To help sort out its debt problem, Aspen announced in September that it would sell its infant formula business to French company Lactalis. The operation should earn him 635 million euros.

It was also expected that this would be done within six months.

But last week, Aspen said finalization of the deal was postponed until the end of May due to regulatory requirements. Meanwhile, financing costs are skyrocketing – he has paid over R200million a month in debt charges over the past six months.

The company reported last week that while sales rose 1% to R197 billion, its overall profits over the past six months fell 9% to R3.6 billion, and manufacturing revenues fell. decreased by 10% after losing a major tender in China. It has also struggled to supply the heparin anticoagulant to the international market.

All of this spooked investors, and Aspen’s hope that he could soon sign a deal with a supplier to distribute its women’s health products in the United States, as well as the appointment of heavyweight CEO – Themba Mkhwanazi (Kumba ) and Ben Kruger (former Standard Bank co-CEO) on its board – couldn’t stop the carnage in its stock price, which has been under pressure since late last year.

Let’s go back 2 years. The following companies were included in the Top40 index. That was their ceiling of mkt in billions compared to today:

How will the melting of Aspen affect you?

There is a good chance that you are invested in Aspen through your pension fund or mutual fund.

According to the latest Aspen Shareholder Information, the Government Employees’ Pension Fund owns more than 12% of Aspen. Mutual funds like the Sanlam Investment Management Industrial Fund and the Foord Equity Fund have invested more than 4% of their holdings in Aspen.

After my IFA said my fund was stuffed with “quality investments” that I pay them high fees for ….. Steinhoff, Aspen, EOH, Resilient, Nepi & Tongaat pic.twitter.com/Ybs7yYK95a

Receive a single WhatsApp every morning with all our latest news: click here. 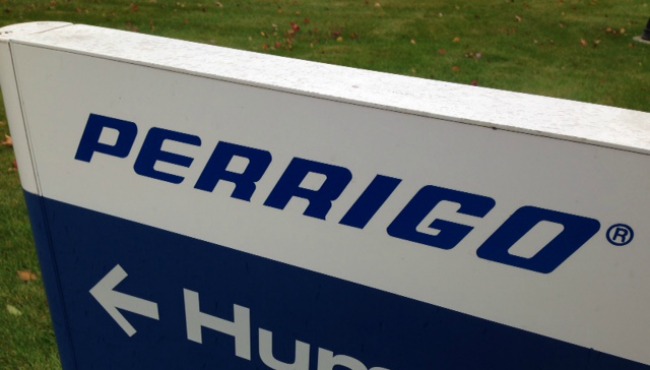